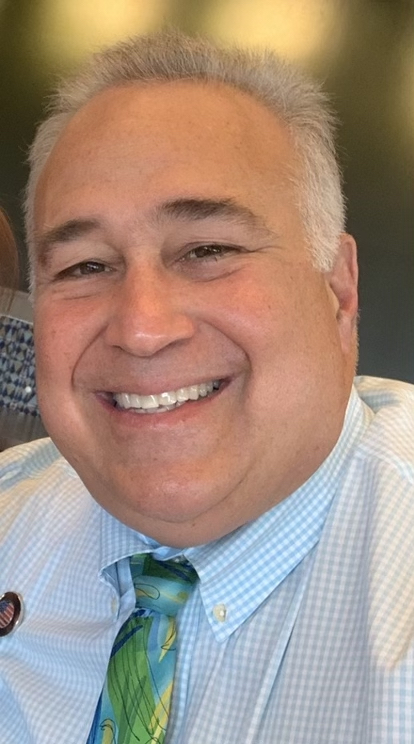 Dr. Albert Scott Lakernick, SE27, AT00, was born and raised in the City of Philadelphia where he attended Northeast High School. He attended Rutgers University in Camden after his parents moved to Cherry Hill, NJ. As a freshman at Rutgers, Scott pledged the Sigma Epsilon Chapter and crossed in the fall semester of 1980. As an undergraduate brother he served as Historian, Chaplin, and Vice Chancellor of his chapter. He went on to attend Life University in Marietta Georgia and earned his Doctor of Chiropractic Degree in fall 1990. Following graduate school, Scott returned to his roots in south Jersey and moved to Lindenwold, NJ where he lived until 1996 and moved to Cherry Hill where he currently resides. In 1993, Scott earned his degree in Chiropractic Neurology from Logan University in St. Louis, MO.

Upon returning to New Jersey, Scott served as Scribe for the Sigma Epsilon Alumni Association and in 1993 was asked to join Grand Council as Regional Governor for the mid-Atlantic region. He was responsible for all chapters from Maryland to Maine. He was involved in many issues in the region. He represented the Grand Council in the acquisition of the chapter house that Lambda Phi Epsilon Chapter currently resides at Clarkson University. He served as Regional Governor until his election as a member-at-large on the Grand Council under Consul Leo Gordon. As Member-at-Large, Scott served on the disciplinary committee as well as TEP Properties. In 2010 Scott was elected as Chairman of the Sigma Epsilon Alumni Association and was able to purchase the property at 228 Cooper St. where the Sigma Epsilon Chapter currently resides.

In 1999, Scott resigned from Grand Council as he saw a conflict under the Hasenberg administration and needed to protect his family from liability. In 2007, Scott was contacted by the TEP’s for Justice group and was able to confront the Grand Council, and in 2008 was elected as Consul of the national fraternity following a contested Grand Chapter held on the campus of Rutgers Camden. Scott represented the members of the fraternity at many legal proceedings involving the prior administration beginning the process to hold further democratic elections. Following the resolution of all legal matters of TEP National in May 2011, Scott served as Senior Vice Consul under Lane Koplon. He remained as Vice Consul during the rebuilding of our national fraternity and is proud of his service to the Grand Council. In 2013 he was asked to guide an interest group at Rowan University and attended many meetings with the administration at Rowan University and ultimately helped found the chapter now known as Alpha Tau. For his work with these fine young men, he was made an honorary brother of the chapter and was designated AT00.

During his tenure serving the brotherhood of Tau Epsilon Phi Fraternity, Scott was awarded the Meritorious Service Award Key and continues to serve as Chapter Advisor for the Alpha Tau Chapter. He is proud of his tenure serving for the love of service and most especially proud of his son and legacy, Phil Lakernick AT118. Pinning my son was the greatest moment of my tenure as a brother of Tau Epsilon Phi.