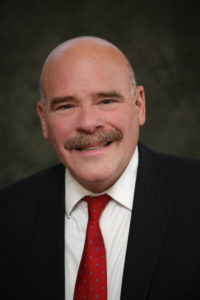 Mark Abramson was elected International Consul of the Tau Epsilon Phi, Inc.  on October 23, 2020 at the 2020 virtual Grand Chapter.

Mark joined the Epsilon Kappa Chapter of Tau Epsilon Phi at Tulane University in the fall of 1974. During his time as an undergraduate he served his chapter as Steward, Bursar and Chancellor. When he joined his chapter there were fifteen brothers. By the time he graduated in 1978 the brotherhood stood at seventy-two members.

In 1978 Mark was offered a full scholarship to the University of Southern California by the fraternity to lead the rebuilding of the Tau Gamma chapter at that school while pursing his graduate studies. During his time there the chapter grew from five members to over thirty.

After earning his masters degree Mark became a financial advisor, a career he still practices. At the same time he served as an advisor to two of Tau Epsilon Phi’s chapters, chairman of the 1987 Grand Chapter meeting and a Member-at-Large on the Grand Council. More recently, Mark has served as president of the TEP Foundation, the charitable arm of Tau Epsilon Phi. It is an organization that raises funds for scholarships and educational opportunities for the Fraternity’s undergraduates.

Mark’s volunteer activities have been quite extensive. He was president of a six-hundred family synagogue at 33, led the Central Florida Jewish Federation’s community campaign for three years, served as treasurer and then president of his children’s school, and was instrumental in the capital campaign to expand the community campus. He also served on the board and investment committee of Camp Ramah Darom in Georgia as well as two investment committees for sizeable foundations in Greensboro, North Carolina and Orlando, Florida. Currently he serves as the president of Share the Care, an organization that provides respite for care givers by looking after their loved ones. This organization is known for helping to keep people in their homes.

Mark has been a financial advisor since 1981. He is currently a Wealth Advisor with UBS Financial Services in Orlando, Florida. In 2007 Mark earned his Certified Wealth Strategist designation.

Married to his wife Laura since 1988, they met through a fraternity brother and sorority sister. Their three children are Judy, who lives, studies and works in Israel, Eddie, a CPA in Cleveland, Ohio, and Max, a roofing specialist in Orlando.