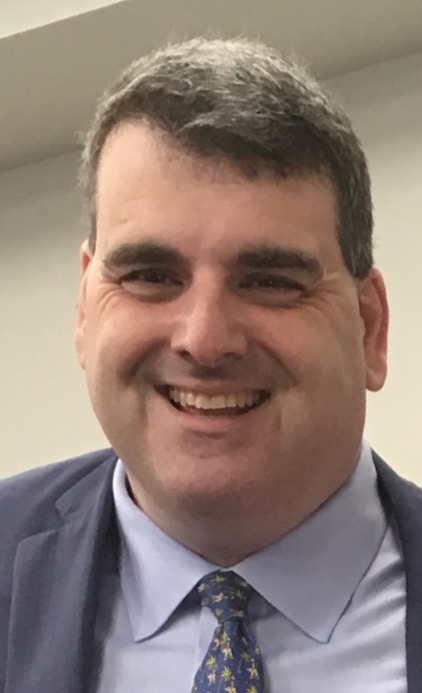 Marc Tolman was elected as a Director to the Grand Council on October 23, 2020, at the 2020 virtual Grand Chapter session.

Marc Joined Tau Epsilon Phi Fraternity in the Spring of 1988 when he was initiated as a Founding Father into the Epsilon Theta Chapter at Queens College in Queens, New York. While he was active, he held various positions that included Vice Chancellor, Bursar, and Scribe.

Marc was a Trustee for the TEP Foundation for the last seven years, where he was also a past president. He has been an active alumnus, both locally and nationally, for over the past twenty-five years. He was Alumni Advisor to his chapter for many years and played an integral role in the establishment of the local alumni chapter. He has held various national positions, to include Director, Regional Governor, and Vice Consul on the Interim Grand Council (IGC) that was established after the lawsuits.

Currently, Marc is a Senior Accountant at the regional firm of Divine, Blalock, Martin & Sellari LLC, where he does tax and Forensic work and oversees the Business Valuation business. Prior to going into private practice, Marc taught Accounting and other Business courses to both Undergraduate and Graduate students at three local Colleges and Universities.  He has over twenty-five years of experience dealing in finance and investments. He started up PBT Capital, which is a registered corporation in Florida, which utilized arbitrage trading techniques to profit from the inefficiencies within the public markets, as well as, providing financial and operational consulting to small and mid-cap companies. Prior to that, Marc was employed as a Vice President at Deutsche Bank Securities, based out of Palm Beach. While employed there, He handled assets for medium to large hedge funds, as well as, managing funds for three Forbes 500 family offices. Prior to Deutsche Bank, Marc had a fourteen-year career at Lehman Brothers, where his career started out of the New York offices and was granted an opportunity to transfer to the Palm Beach office. During his tenure at Lehman Brothers, he held various positions in branch, regional, and divisional management, and was personally responsible for the recruitment of close to $100 million in production, assisting the development and startup of two branch offices, a middle market sales force, as well as, several compensation initiatives for the divisions’ sales personnel.

Currently Marc resides in Delray Beach, Florida, with his wife, Dana. Marc obtained his Master of Business Administration with a concentration in Finance from Nova Southeastern University (NSU) at the H. Wayne Huizenga School of Business and Entrepreneurship, where he has accepted membership into Omicron Delta Kappa (O∆K) and Delta Epsilon Iota (∆EI) honor societies. While enrolled at NSU, he was president of the local ALPFA (Assoc. of Latino Professionals in Finance and Accounting) chapter and EFA (Economics and Finance Association). Prior to attending NSU, he obtained his bachelor’s degree in Business Administration from Purdue University Global, which was obtained with honors. Recently, Marc obtained his Master of Accounting (MAcc) with a concentration in Business Valuation and Forensic Accounting at Florida Atlantic University (FAU), where he was a member of the Accounting Student Association (ASA) and Beta Alpha Psi (ΒΑΨ), which is the international honor organization for financial information students and professionals. He is also a member of the IMA Accounting Honor Society. In addition, he is a certified signing agent in Florida, as well as a Florida State Supreme Court Qualified Arbitrator and a Certified Mediator in Family and Appellate law.